Don’t Get Ripped off Teaching English in South Korea

This is a question from a reader who is considering coming to Korea to teach English. The only problem is that he’s wondering about the stories he keeps reading about how many ESL teachers get ripped off in Korea.

It’s true, there are plenty of teaching English in Korea horror stories out there. An oldie, but a goodie is this one: Prisoner of Wonderland.

I didn’t write that book, but I could have. I worked for a super-sketchy hagwon my first year in Korea, and I ended up having to go to the labour board to get some money owed to me.

It was a stressful time, to say the least. And, despite the hagwon I worked for being clearly in the wrong, I had to struggle to get the money owed to me. That’s similar to many a foreign teacher’s experiences.

It’s a long story, but the moral of it? Do your research before signing on the dotted line. Even then, contracts sometimes (often) aren’t worth the paper they’re written on. 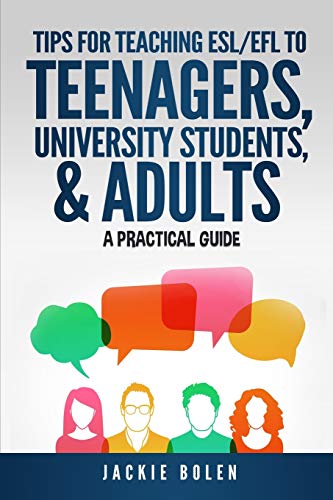 Korea’s Less than Stellar Reputation in the ESL Industry

Korea is a place where many English teachers get ripped off. It’s not the universities or public schools that are the problem but it’s usually the hagwons that are especially sketchy.

At a hagwon, you can count yourself lucky if you only get screwed over on some small thing and not on the big stuff like your salary or plane ticket.

I personally hate how schools can hold your plane ticket and bonus money (one month’s salary) over your head as a bargaining chip. It’s actually the law that they give this stuff to you and not some “performance” bonus. Except that many English teachers don’t know this fact.

A big part of the problem and why so many teachers get ripped off working in Korean hagwons is the government agencies who are supposed to look after stuff. They essentially have no power to enforce any of their rulings. That’s where all the teaching English in Korea horror stories come from.

For that, you need to move higher up into the court system which requires a lot of time, money for a lawyer and translators. Few people will go through the hassle for a couple of thousand dollars.

The other problem is timing. A teacher who is leaving Korea the day after their contract (with a pre-bought) plane ticket doesn’t have time to wait around for everything to happen.

Everyone is Watching out for their own Bottom Line

Recruiters are not looking out for you but are just looking to place you in a job and collect their fees. Many of them don’t really care if you get ripped off or it’s the sketchiest hagwon around.

There are a few exceptions of course. If you want to find a job through a recruiter, go with the biggest agency based in the country where you live. In Canada, you’ll probably want to stick with Footprints or Teachaway. They’ll often work with the more up-and-up schools and avoid the sketchy ones in order to protect their reputation.

The hagwon owner or manager is also not looking out for your best interests. They’re looking out for their bottom line. A hagwon is a business first, and school second. Keep that in mind and you’ll probably have a way better experience.

Ethics and morals are very different than what you’d expect in a Western country. The main difference is that your contract also isn’t really worth the paper it’s been written on. Relationship is everything, and a contract is just a starting point.

How Not to Get Ripped Off in Korea

If quick tips is what you’re after, you’ve come to the right place. Here are a few things to consider before signing on the dotted line to teach in South Korea.

Tip #1: Do Your Research

So come to Korea to teach English, but do your research before. Ask around on ESL Cafe or Facebook for any school that you’re considering.

Get references from past teachers who’ve finished their contracts. Like 3 or 4 of them. Email or phone them. The current ones often have something to lose (airfare/bonus money) so will sometimes not tell you the real deal.

If there are no teachers who’ve finished contracts, beware. This is usually a really terrible sign.

Tip #2: Have a Showdown, if Necessary

Be prepared to stay after your contract to have a sit-in, if necessary so you can get your airfare and bonus money. Do not leave the country before you receive these things. Your school will not send it to you in America.

Also, be prepared to bail mid-contract if things look bad, which will involve having a bit of money in an emergency fund to buy a plane ticket home, to Japan or China or wherever.

If you’re teaching at a school that feels like they’re under no obligation to honour your contact, please don’t feel obligated to keep up your end of it. That’s just not right! Avoid getting ripped off in Korea

Tip #3: Remember That a Hagwon is a Business First

Keep this important fact in mind when you start your first hagwon job in order to not get ripped of in Korea. A hagwon is a business.

The owner might care about their students learning English. They may not. What all of them care about is making money.

What does this mean for you? You need to keep students in the seats. This means keeping them happy and keeping their parents who are paying the tuition happy. It’s that simple.

So, when you get feedback from the owner or manager about your teaching, don’t fight back. Just take it in, adjust and keep on rolling. This will help your relationship with your bosses go much more smoothly, and reduce your chances of getting ripped off. So, you think you want to be an ESL teacher? You’ve made an…interesting choice to say the least. Get ready for a life that is far from the ordinary. Now, it’s time to find yourself a job. Here are my top 5 ESL job sites that you can use to get started on your search for awesome.

Now, we all know that ESL Cafe hasn’t been updated in like 20 years and it’s not even mobile-friendly (shocking, isn’t it?) but it is still the biggest site out there for ESL jobs, so you’d be crazy to ignore it. Just power through and ignore how ridiculously un-user-friendly it is. Once you find your job, you won’t have to go back anymore!

If you’re in the market for a university job teaching English, then Profs Abroad is the site for you. It is a pay-site, but a small fee will get you access to plenty of awesome. Seriously, this site compiles all the jobs from random places around the web into one place and will save you a ton of time. I would even venture a wager and say it’ll save you 100 hours on your next uni job search. Isn’t your time worth something?

Footprints is a Canadian based recruiter that actually has quite a stellar reputation, unlike many of the other ones out there who are just plain sketchy. If you’re a newbie looking to get into the ESL teaching game, you’d do well to get a job through them.

Similar to Footprints, TeachAway is a non-sketchy recruiter. If you’re looking for your first English teaching job abroad, they’ll probably do a pretty good job of finding you something that is not terrible. Then, use that year to wise up and learn everything you can, as well as network so you can find yourself something even more awesome for your second year.

You can learn more about these prime English teaching jobs here:

If you’re looking for a job teaching English abroad, start with these top 5 ESL job sites and you’ll do well. But, be sure to hedge your bets and don’t go all in with any single recruiter or school. Keep some options open and things will work out way better for you. Most of all: beware those sketchy recruiters who make you send them originals of all your documents before even giving you a job offer. They’re just holding you hostage! Place like Footprints or TeachAway won’t make you do this.

Good luck and may the Dave Sperling force be with you.

The Takeaway on English Teachers Getting Ripped off in Korea

It’s up to you to look after yourself if you’re coming to Korea to teach English. No one else will help you avoid getting ripped off in Korea.

There are a million and one hagwons to work at, the key is finding the right one with a decent owner. They are out there. Just take your time to find them.

What’s your top tip for not getting ripped off in Korea? Leave a comment below and let us know your thoughts.